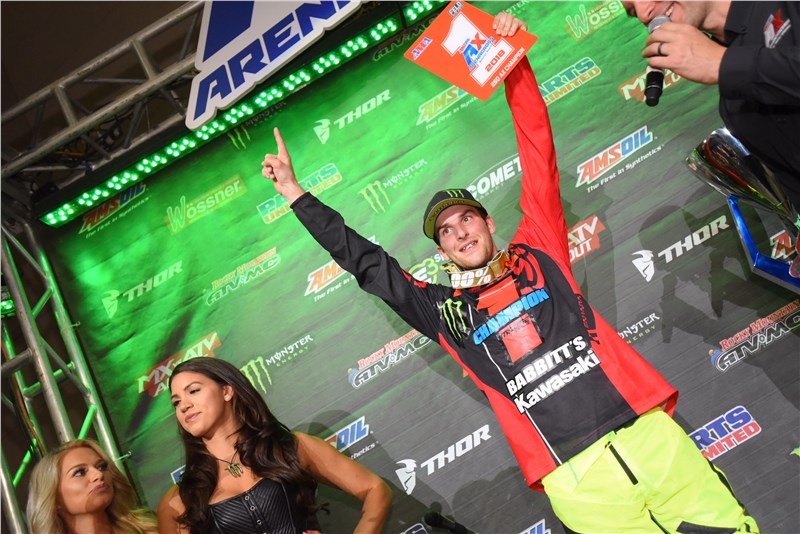 Hayes entered the race one point out of the championship lead and 250AX Main Event 1 saw him capture the holeshot and lead the field through the technical Orleans Arena course. He led for eight laps before being passed and sliding back into second place. Hayes would go on to finish second, with Kawasaki riders Travis Sewell in fourth and Gared Steinke in sixth.

Heading into the second 250AX Main Event, all Hayes had to do was start the race and he would become the 2018 250AX Champion, but Hayes wanted to end the best season of his career in dominant fashion. When the gate dropped on Main Event 2, it was the No. 90 KX250F of Hayes capturing his second holeshot of the night. Hayes raced his way to his tenth main event victory and was crowned the 2018 AMA Arenacross Champion. Sewell went on to finish 4-3 for third overall, while Steinke finished 6-13 for ninth. 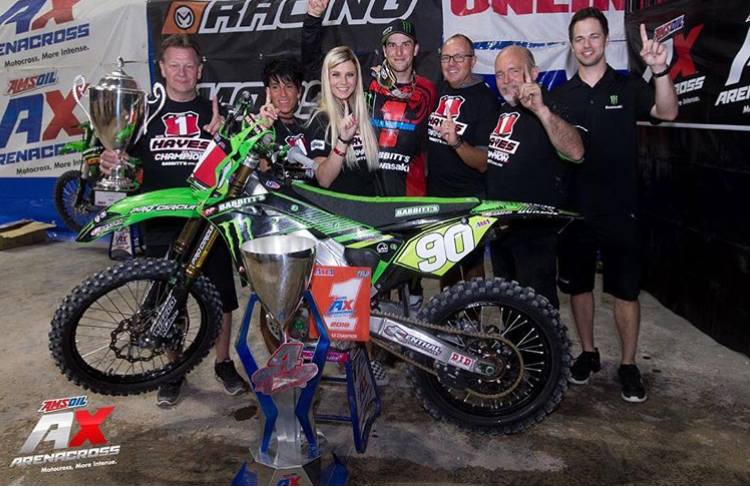 “This is a dream come true,” said Hayes. “I’ve worked so hard for this and I can’t thank Team Babbitt’s and Kawasaki enough for all their endless support. This feels incredible, I’m speechless.” 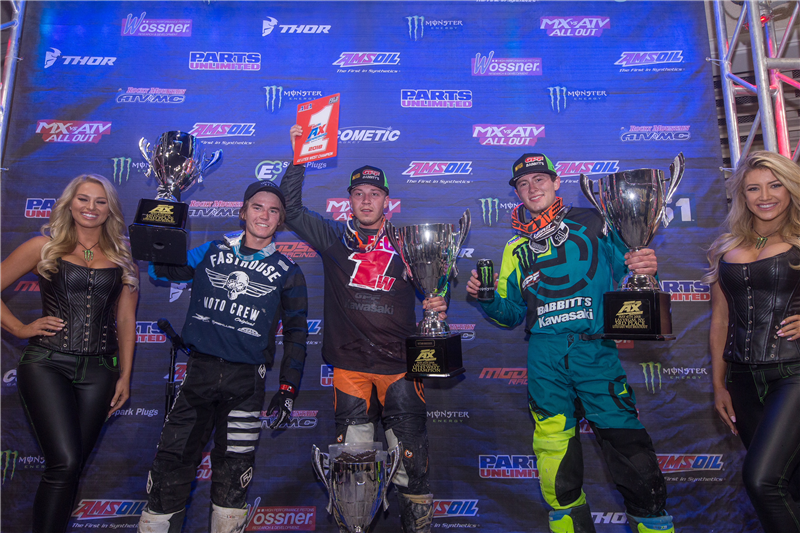 “Wow, what a season,” said Breece. “I felt the best I ever have this season and to win these championships back-to-back feels incredible. I want to thank everyone who supported me throughout these last two years, I couldn’t have done it without them.”